Well the fools in Congress really did it – they made it legal for any ISP to sell your browsing habits - Hacker News Discussion. If you think this isn't a privacy issue then consider these examples:

How To Setup a Router Side VPN

This is an abomination of everyone's privacy and the only even partial answer is to start using a VPN immediately. Here's how I did it. I have an Internet connection from a local fiber ISP named NineStar. They provided us with an ASUS RT-N66U router. Here's the step by step illustration of how to do this using this router. I suspect that most current routers will now support this type of VPN setup but you need to check your router.

Using a VPN can be a really nerdy thing and there can be disadvantages.

For example I was initially assigned to a VPN server that was located in Istanbul, Turkey. This had the amusing impact of Google thinking that I was Turkish and giving me results from google.tr: 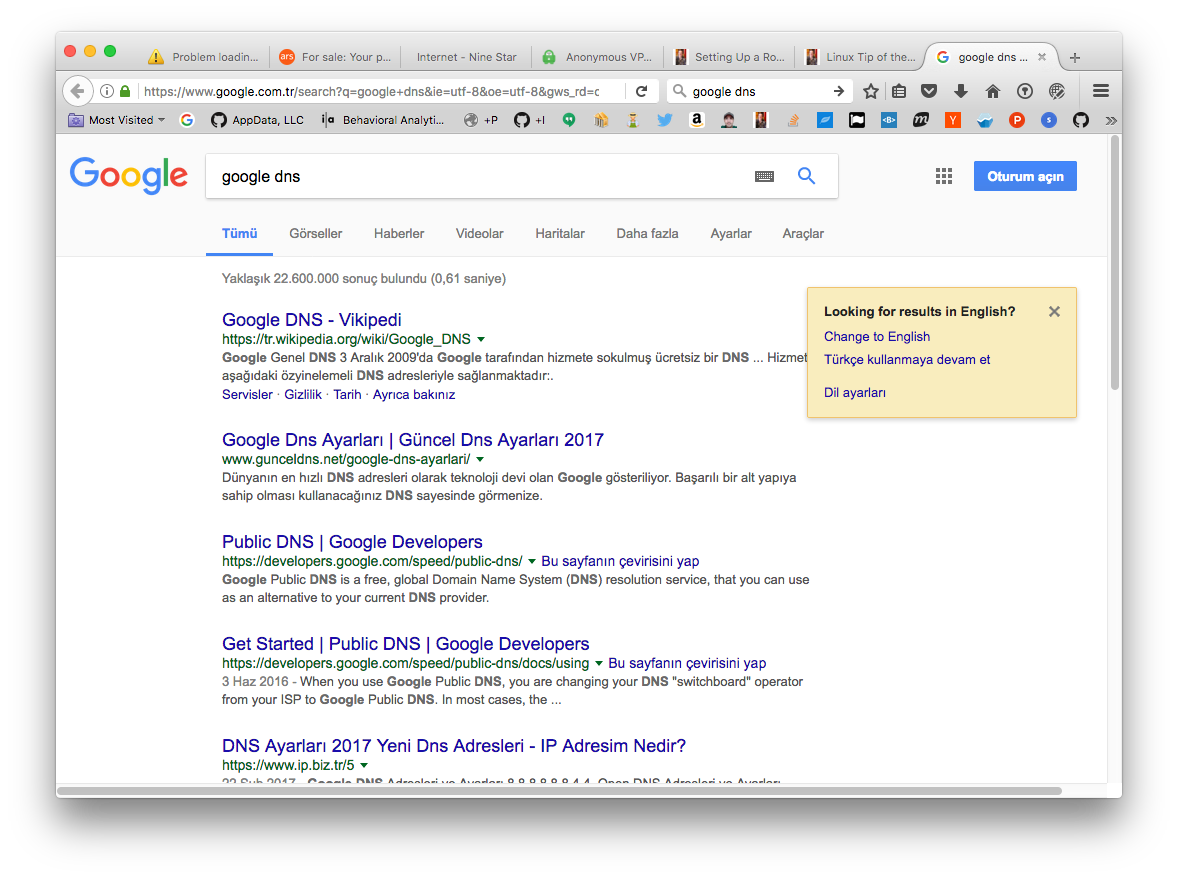 The solution for me was to log into StrongVPN and then change my VPN server's location to one in Atlanta. Here's that process:

The biggest issue for most people with a VPN will be that it kills Netflix entirely. If you google for Netflix VPN, the 570,000 search results for that simple query should indicate that there's something going on here. The issue is that VPNs make content access look like it comes from a different location thus allowing a Netflix customer in say Thailand to get the U.S. version of Netflix. And since this violates all kinds of content licensing, Netflix aggressively prevents the use of a VPN. StrongVPN is supposed to work with Netflix (that's one of the reasons I chose it) but, right now, at least for me, it seems to be failing.

For right now I'm going to go with the "Turn VPN on / off" when we want to use Netflix. I'm sure there are better approaches and I'll likely figure one out but for now this will work given that most of our media content is on a local Plex server and not on Netflix.

I know the Netflix problems absolutely suck but the privacy and security that this provides is absolutely worth it.