The problem I had the other day was I kept hitting open file handle limits. I'm not sure why but when this happens it is generally reboot time and I hate reboot time so anything I can do to keep my box alive long enough to get the job done makes me just a bit less cranky. In this case I had a strikingly large number of terminal windows open and I needed to get them shut down. 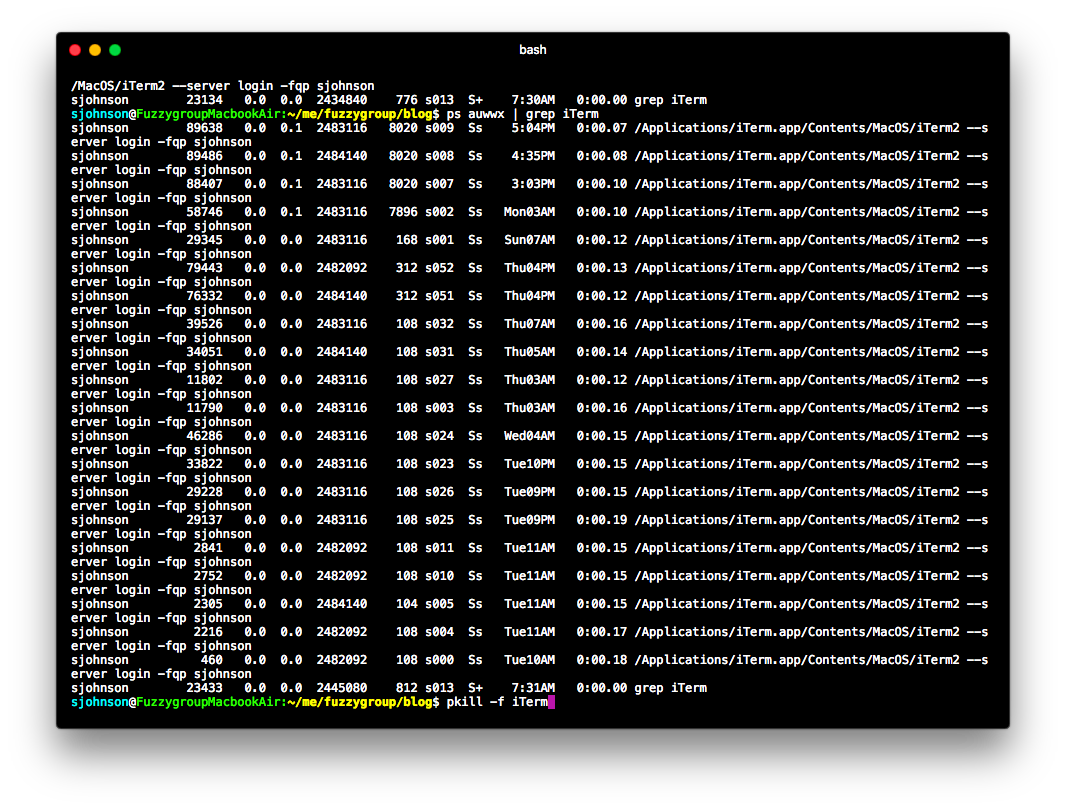 A quick google for kill process by name led me here and it was a great illustration of the swiss army knife nature of Unix. Options ranged from pkill to killall to shell one liners. pkill, while risky, worked great:

pkill is a pattern matching tool so if you're not careful it will take out anything that matches. Here's a pkill man page and use with care but I surely like it.