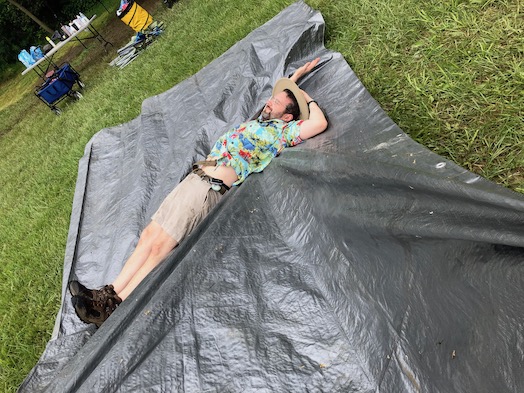 There are typically two types of folks that want to have their own startup:

There are exceptions to the rule – sometimes you will see someone who straddles these lines (I do; I'm both more than business savvy and I write code like demon every damn day) – but, generally, this is the split that you see.

This post is written for the business person who finds themselves with the need to learn technical things quickly. I'm going to tell you how, decades ago, I learned how to learn technology stuff and then, in part two, I'm going to give recommendations for how I'd approach this in 2020.

How I Learned Technology Stuff – in April, 1982

I date my technology education back to April 1982 (it was likely earlier since this was a cover date on a periodical and magazines come out before the date on the cover so they have news stand time but we'll go with April). Going on that date, this puts me at:

so let's call it 14 years old. At this point I was likely a sophomore in high school with no formal computer training save for I owned an early personal computer which I mostly used for playing games.

And then I walked into the local Walden Books and discovered Byte Magazine:

You can read this issue online here.

and I was just plain fascinated. What I discovered was that not only did I not understand this magazine, I maybe understood only every 15th word (generally pronouns). But what I did was this:

And then, five years later, I started my first software company based on what I learned from reading Byte magazine. And, honestly, at that point I really qualified purely as the business folk (albeit one with a strong product focus; not engineering; product definition / product management). And I want to be clear about something – I didn't spend 5 years learning technology stuff. During that time, I:

What that single issue of Byte Magazine taught me was the power of immersion. If you need to learn something then what you do is a deep dive into it and, if you really want it, I am a firm believer that you can master whatever you want. And, I will admit, that there are certain things you want to learn of which there are intellectual capabilities that you may not have (for example, I'm never going to learn certain types of higher math; I'm just not wired for that).

Note 1: When I entered high school I was in remedial math; I left high school with calculus under my belt having taken 5 years of math in 4 years.

Note 2: I'm don't dispute that I'm a sort of smart guy but what I really am is somebody who learned how to learn very, very early. I'm also a damn hard worker.