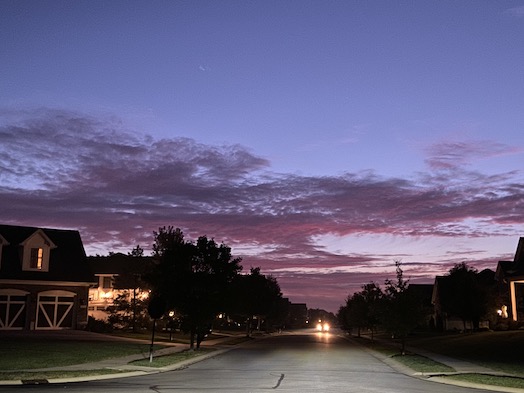 Taken November 20, 2019 which is significant only because that is my birthday

I'm writing this blog post because my Facebook feed just flashed by at me "Today is Kevin Werbach's Birthday" and that made me remember. Kevin Werbach is a technology analyst and professor at the Wharton School and someone who is far more important to my life than I ever was to him. This blog post is a tribute to him because he, through a random act of kindness, had a pretty big impact on my life (and I bet he has never realized this; nor should he).

Back in 2003, I had created the RSS search engine Feedster and had just merged it with RSS-Search which was created by Francois Schiettecatte and he and I, as two nerds do, were trying to figure out "what the hell do we do with this; we have a product and traffic but no business strategy and an ever increasing hosting bill on Scott's credit card that we keep rolling forward each month". I saw that Kevin had setup the SuperNova conference and I reached out to him and said "I'd love to come but I just can't afford it; help" and Kevin, with absolute graciousness, gave me a free ticket.

I made it down to the DC area for the conference, networked unsuccessfully for a day or two and ended up getting a cab to the airport with Scott Rafer, henceforth referred to as Rafer since I am also a Scott. A chance thunderstorm stranded Rafer and I at the airport for like 7 hours and during that time I got to know him well enough to ask him to be on our advisory board. And, shortly there after, I hired Rafer as Feedster's first CEO. And that hiring led to a whole chain of events detailed below.

So here's the chain of events that Kevin started which, interestingly, lead right up to today:

I'd like to pretend that Feedster would have been successful if I hadn't met Rafer but we very much needed capital and meeting Rafer was a strategic inflection point for me. And that wouldn't have happened without Kevin so Happy Birthday Kevin!

And so, in closing, if you are an event organizer, taking a chance on the proverbial little guy sometimes has profound implications for them.