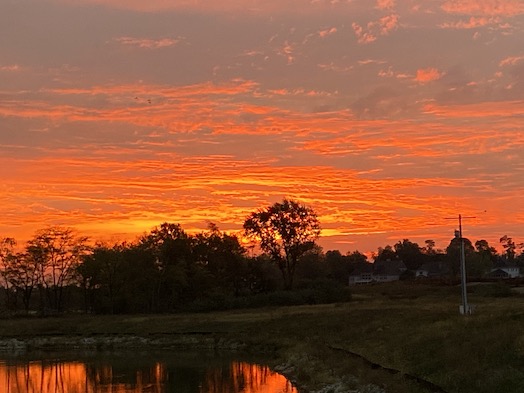 This is another one of those "Tales from the Past" blog posts where something kicked off a memory. In this case, I was at a conference and talking with someone who was President of a startup and they weren't quite sure what to do. They had found themselves, at a very early stage, sidelined in their own venture and pigeon holed into a tiny portion of the business. And, keep in mind, that they did have specialized domain knowledge of that portion but still …

As I listened to them talk, I had a terribly blunt and not politically correct message for them. They encouraged me to be direct and so, I'm going to be mildly offensive here (bear in mind that I was talking to a woman when I said this a bunch of years ago):

"Strap your balls on and be the damn President"

I said that a bunch of years ago and while I find it more offensive today, I believe that it is still good advice. But before we get to that, let's talk about the "stages" of a startup.

The Stages of a Startup

Startups exist at all types of "stages". Here are some examples:

Every one of these stages is different but the President's role, in a Stage Zero startup is particularly important:

The President's role in a Stage Zero startup is very, very simple. The President does whatever is needed to will the startup into existence.

That's a Scott Johnson quote; I said this. And I can say it, with a high degree of authority, because I've done it multiple times in my life. When I started my first software company, I was 19 and I dropped out of college to create hypertext linking software (this was 4 years before Tim Berners Lee created the world wide web). When I say "will it into existence", I know what I'm saying because when I did this, I wasn't a programmer or a software engineer; I simply wanted to create this product. Creating that company, NTERGAID, was literally an act of will.

And, despite all the pain that goes into a Stage Zero startup, one of my favorite stages in a startup is what I refer to as Stage Zero.

What is Stage Zero for a Startup?

As I look at startups, Stage Zero is what you have – before you have anything. Stage Zero can mean:

What Does a President Do at Stage Zero?

When you come to a startup leadership position from a mature industry, you often have the idea that you have a specific tasks or tasks in front of you. In a startup that simply isn't true. Here's what a President does in a Stage Zero startup:

They do whatever it takes to come to market.

An expression that I personally love is Root, Hog or Die which, according to Wikipedia, is "an idiomatic expression for self-reliance". And that's the nature of being President of a startup, you have to be self reliant because there aren't the other people around to do things that exist in a mature organization.

On any given morning in a startup, the President's tasks might include:

Getting a startup out of Stage Zero means solving a thousand, thousand problems both small and large. And classical business training says that management is a specialized skill where you get to worry mostly about the big picture. That simply isn't the case in a Stage Zero startup.