My father has been an independent business man my entire life and he's really operated in the same industry – the marine industry on the east coast of the U.S. He's worked on the commercial side and the recreational side and he's been both very successful and less successful depending on the venture. One of the things he has always maintained is:

All industries are small and your reputation really matters.

When I first got into computing I disregarded this more than a bit. I was in the computer business after all it was a massive, globe spanning industry. That old saw that my Dad emphasized so strongly couldn't possibly be true, could it? Interestingly enough it actually is true and here are some examples:

The Smallness of an Industry the First - Discovering Blogging

One of those software products was a tool called Ready! which was a Terminate and Stay Resident (TSR) program. TSRs, now long forgotten, were an attempt to get around the single tasking nature of MS-DOS. They were loaded into a chunk of memory and then assigned a hot key. This let you trigger them quickly without unloading your current software. The curious thing here is the software engineer who wrote the TSR kernel for Ready! was named Bobby Bierman. Bobby was brilliant and into computing way before anyone else I ever knew – I remember him back from the pre Apple days when I wasn't even a teenager yet. Now here's the weird part. Bobby belonged to my father's scout troop when he was in high school and then later worked for one of our family businesses before he went off to MIT.

Bobby was more than a few years older than me and I had always known he went west to Silicon Valley but I never associated him with myself even after I got into computing until 15 years later when I realized that I was directly interacting with Bobby's former boss. This was my first smack in the face clue that industries really are small.

The Smallness of an Industry the Second - Mark Fletcher / Marc Hedlund

There have been lots and lots of "wow this industry really is small" experiences over the years but another that sticks out happened on September 7 of this year. I noticed some chatter on Twitter about AWS deployment by Marc Hedlund and I shot him an email. He very, very graciously granted me access to the Skyliner slack team and responded with this comment:

Thanks! I’m looking forward to chatting with you more. By the way, I enjoyed your post on my friend Mark Fletcher (https://fuzzygroup.github.io/blog/startup/2016/08/31/what-mark-fletcher-taught-me.html) — I’ve taken similar lessons from him and have long admired how he ran Bloglines. He also consistently has the best industry gossip. :)

Go figure – a founder of a product that I'm interested in using happens to know someone that I haven't spoken to since 2006. I mean sheesh.

Oh and Skyliner.io just launched. Congrats to them.

The Smallness of an Industry the Third - Shimon Rura

So I've mulled over what my Dad taught me for years but I never felt compelled to write it down until today. What led directly to this post was I noticed that Dropbox was syncing log files between boxes on my new UbuntuMate desktop and I thought to myself well that sucks. A quick google led me to this SuperUser post: 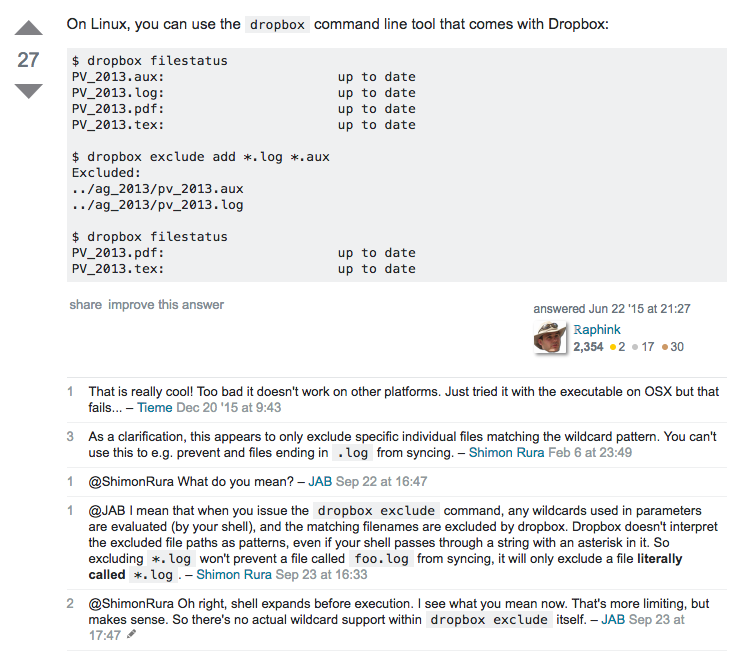 And that was a lightning bolt of inspiration. Damn. I know him. And I don't mean that in the "oh I've read his blog". Once upon a time I used to know him in meat space aka the real world. Shimon is an absolutely standup guy who used to be part of the Boston Blogging crowd out of the Berkman center at Harvard. He and I used to share nerd issues in the blogging world and then eat indian food. Curiously there's another level of intersection with blogging in that Dave Winer actually organized those meetings when he lived in Boston.

I haven't spoken to Shimon in more than a decade since I moved to Indiana but I still notice him from time to time on Facebook; he just had a child so Mazeltov! And thanks for the excellent answer on SuperUser. Appreciated!

My Dad has operated his whole business career in a small geographic region really from New York to Connecticut and in an industry with tiny gross revenues with comparison to the industry in which I make my career but his point All industries really are small; reputation matters is still absolutely true. Thanks Dad!