There are certain skills as a software developer that take, in my experience, a lifetime to master. I have now been using version control since the mid 1990s and I still don't consider myself, by any means, a master. I'm good, don't get me wrong, but I don't feel that I have yet fully internalized all the benefits that version control offers. So, when I have a chance to really take advantage of version control, I truly relish the opportunity.

I recently had a refactoring situtation where I was, shall we say, overly ambitious. And, yes, that's the positive version of what I'd refer to as "Humpty Dumpty" code syndrome where you have so thoroughly broken a critical bit of code that you just can't put it back together. Specifically:

So, well, crap. The fix was, in the immortal words of Doctor Who, to get all timey-whimey! Specifically I needed to time travel back to before I started and then:

One of the development practices I am absolutely adamant about is only ever having 1 checkout of the code based at a time. I'm hardcore on this because I've seen what happens when you have multiple versions floating about – its very, very convenient but you tend to get confused and then you lose track of what's the master and things get screwball. But, in desparate times, you do what you must and so I went over to github and:

This put me what's called detached head mode and I was able to modify /run / test, etc. I then had to:

What I found was that the old code did, in fact, run better than the new code. Sigh. And after 2 days of fixing things all over the place I had the system back to running order with the exception that I now had 2 code bases that needed to be merged. Bigger Sigh.

Time for some Diff Magic

So I now had two git checkouts with differences between them. One of them was master, and did I mention that while this was all going on I got pulled off the project to fix something else and add yet more functionality to the code base for a day and half, and the other was my time travel branch. When I did a git status in the time travel branch I got this:

That's a whole lot of changes. The easiest approach was to start with the entirely new files and just copy them over to the original.

Now this is where I'm going to make a highly personal engineering choice here – I'm going to avoid an automated merge process of any type. When it comes to complex code changes in an automated fashion I honestly don't have a lot of faith. I've seen automated merges go wrong time after time so I was looking for a tool to make this easier. A quick bit of googling turned up:

I ended up using Open Diff for my merge issues: 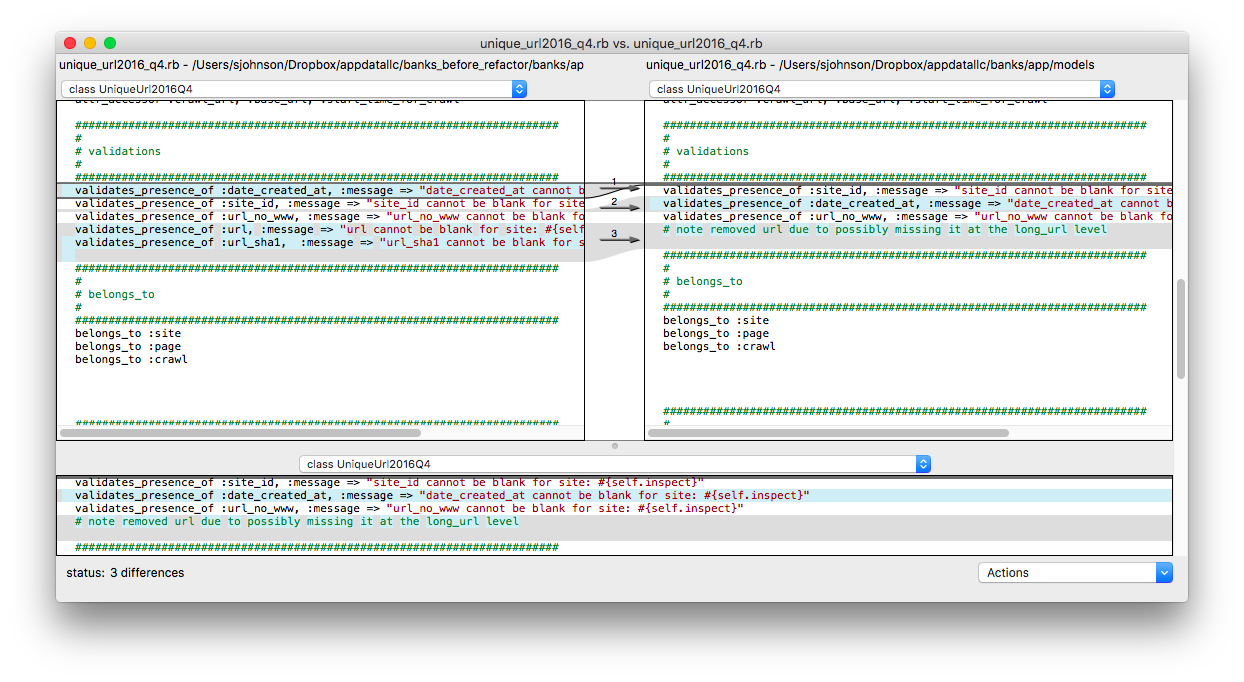 Here are screenshots from some of the other tools I looked at: 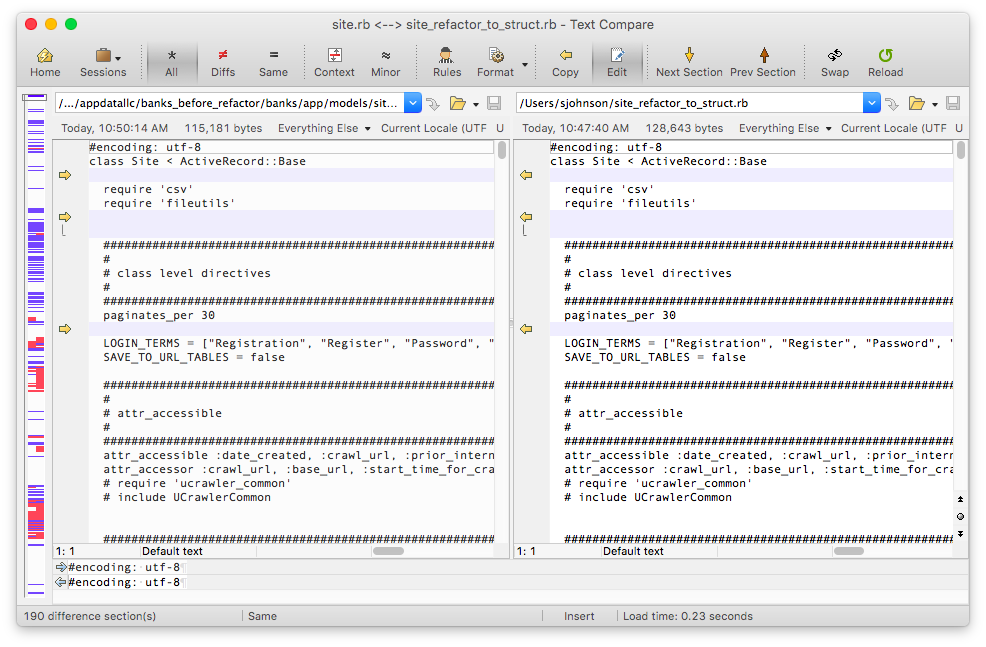 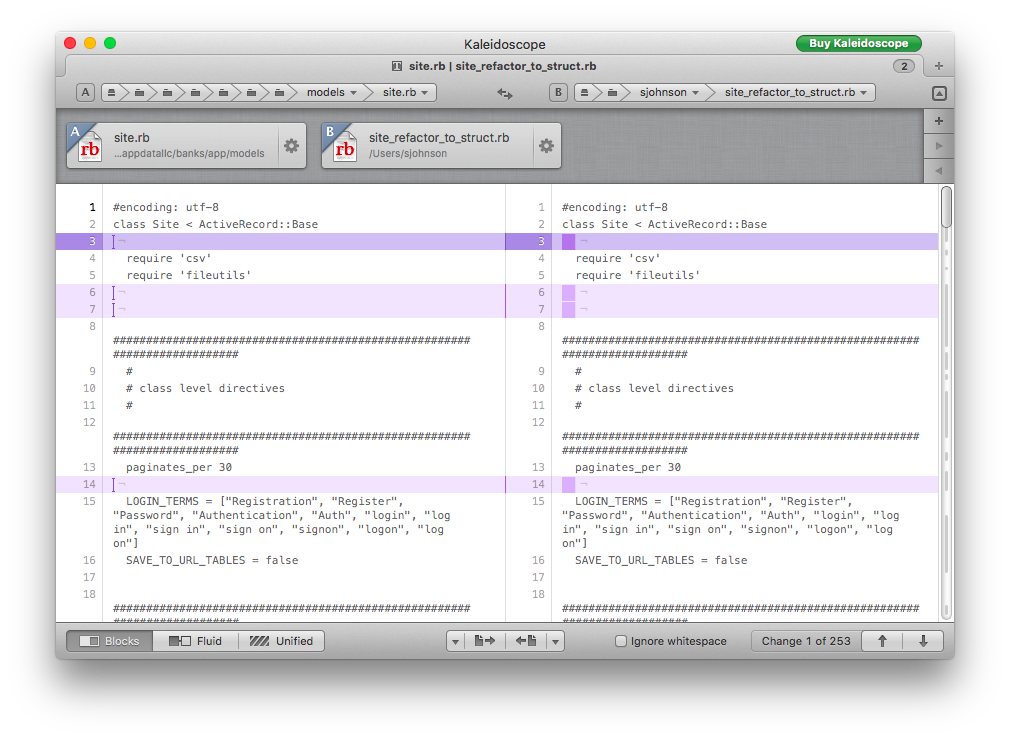 Here are a few good articles on merge tools: