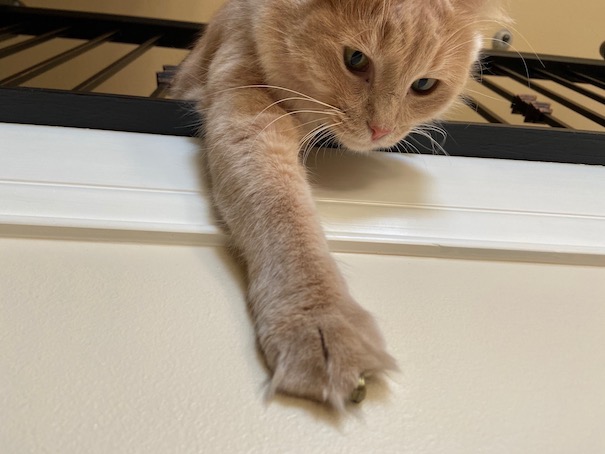 It is with no small amount of personal trepidation that I am writing this post. One of the worst parts of creating Feedster was pointing out to skilled technical people, often people who have skills that I deeply, deeply respect, where their feed was technically correct but less than useful (admittedly imho). Feeds, whether RSS or Atom, seem to breed vitriolic opinions.

Note: I very deliberately have not linked to the feed that I'm commenting on here. I'd like to point out that technically this feed is correct, valid and there is nothing wrong with it. What I'm giving here is my opinion on how the feed could be more useful in an specific context.

For the first time in a very, very long time, I find myself once again using an aggregator (thanks Brent for making NetNewsWire not just Great but Amazing Again) and the process of organizing a collection of feeds exposed the importance of the title element.

Here's an example of how I have feeds grouped into a collection: 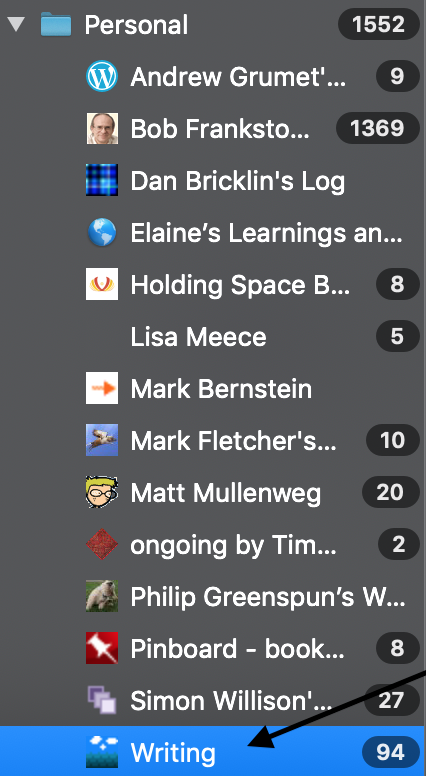 This is my "personal" folder. This is a small, small collection of people that either I know personally or that I feel I know personally because I have read them for so damn long. The problem is that the title "writing" doesn't actually identify the source. Here is the underlying xml:

Now this isn't an issue if you visit them on the web since you can always see the domain name in the browser. But if you have them in an aggregator then this becomes an issue. And yes, NetNewsWire, is awesome enough that you can rename the feed in NetNewsWire so it isn't an issue for you but despite 19 years of using an aggregator, this still wasn't an automatic action for me; I got all the way thru writing this before I thought of even trying that.

I saw this all the time back in the Feedster day when we were indexing RSS / Atom feeds directly. You would have a result from a feed and our display of the source blog would just say writing. When the blogosphere was all just people, this made search results worse.

The bottom line here is that if you think people will be using your feed then it is worth making sure that your title is descriptive. In this case, for example, I would argue that the site's name and then "writing" would be a lot better.

But I also respect this person and this is nothing more than my opinion (and, yes, I so don't want YAFFW; yet another feed flame war).