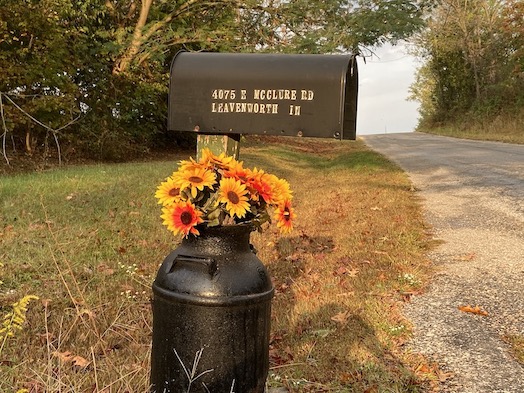 Like a lot of software developers, I can be pretty forgetful at times. If you're in the industry, you know how it goes:

A bunch of years ago, I came out of a code hole and realized that I couldn't remember when I had last bought my wife flowers (if your wife doesn't like flowers then substitute chocolates, wine, etc). Any husband worth his salt knows what I mean – that little treat that says to the person you love that you remember their existence and they matter. I regard that for my personal relationships, buying a woman flowers unexpectedly as akin to lubrication on a mechanical device; something that makes the underlying machine work better. Call if "relationship lubrication" if you will.

After realizing this, I thought about how I could solve it – in a natural fashion. I didn't want to put it on a calendar; I didn't want it to be regular so I realized that I could tie it to:

Since I've an old school Unix guy (originally SunOS back in '89 on a Sun 3 running Qunitus Prolog), what I did was tie this to my shell startup routine:

What I did was write a "throw of the dice routine" that randomly tells me whether or not to buy flowers. This can be as complex as you want it to be. I made the example below a little complex and tied in a "on her birthday" routine just in case.

Here's what this looks like when the throw of the dice doesn't succeed: 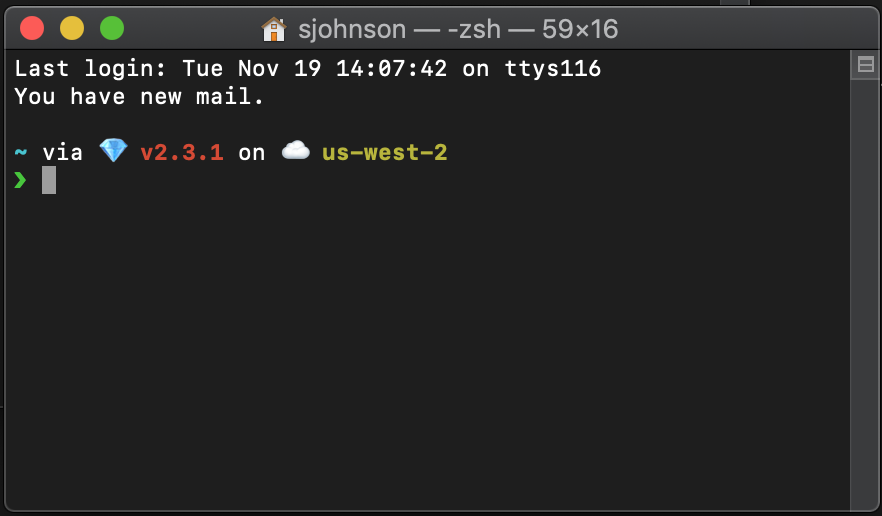 Here's what this looks like when it does succeed: 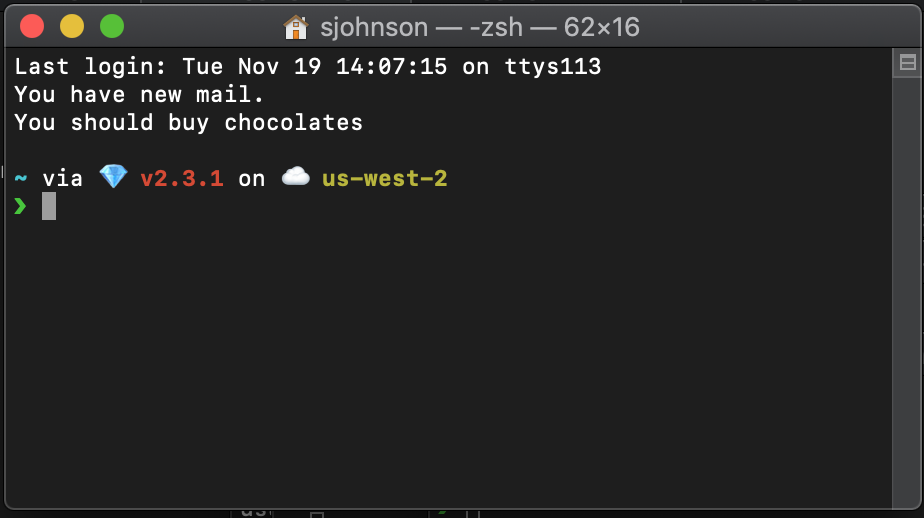 I call this from ~/.zshrc just by calling the ruby script directly. The same trick works in ~/.bashrc.

I should admit that a lot of times when this said "Buy Flowers", I actually didn't – life can be messy and complex and I never intended it directly drive my behavior. What it did do, however, was make me much more aware of the need for this.

Note 1: I haven't needed this now for a lot of years so below is a quick reproduction designed to select between flowers, wine, chocolates and a card. Once I ran it for enough years, I internalized this type of activity as a habit. And then I moved laptops one year and realized "Heh. I changed!".

Note 2: I told my wife about this a few weeks ago and she laughed. Oh gosh did she laugh …

Note 3: While my personal relationship involves a wife and husband, this tool can work regardless of the gender or configuration of your relationship.