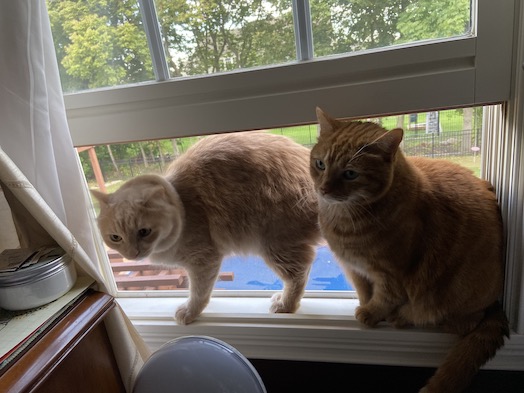 I don't claim to be an expert when it comes to Python. At best I'm an apprentice striving to be a journey man. One of the interesting tools in the Python / Data Science ecosystem is the Jupyter Notebook which gives a cell based representation of code, visualizations, documentation and execution flow and allows you to package things up for distribution i.e. hand your work, in a complete fashion, from say Data Scientist 1 ("Rebekah") to Data Scientist 2 ("Dawn"). This is a laudable goal and one that I theoretically agree with.

Note: Jupyter Notebooks do NOT include data so that's still external to the notebook, something that can easily bite you (as it is currently biting me).

I know a lot of pythonistas simply install libraries to their local machine and just have a collection of tools that the throw at problems. This, however, is a terrible practice due to code deprecation, version conflicts, etc. I say this with authority because I've been through this in the Ruby world before we all regularly started using Ruby virtual environments / Ruby version managers like RBENV / RVM which manage dependencies on a per project basis. Knowing this, my first practice with Python, is to always create a virtual environment, generally using Virtual ENV (VENV).

I'm sure there is a way to mess about with virtual environments and Jupyter Notebooks to make them work but, honestly, I'm skeptical on notebooks and how they obfuscate code and data together anyway so I thought "How do I just make this a Python script". I took this approach because I was absolutely certain that I could make a virtual environment work with just Python. And, thanks to my pairing partner, Grant, there is, indeed, a way.