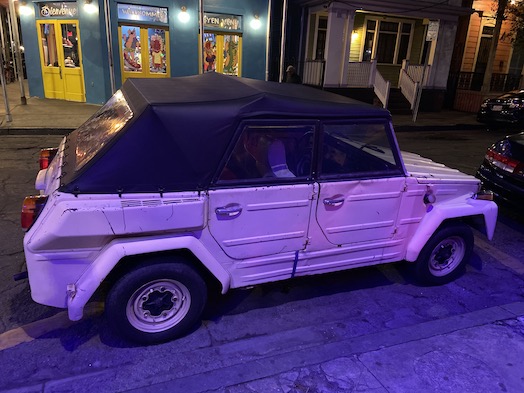 As a side note, given how hard it is for most people to understand why they think what they think, is the black box nature of machine learning actually all that surprising?

Machine Learning Basics for the Newbie

The world of machine learning, which appears intimidating as hell to the newbie, actually isn't that hard but the terms can be terrifying. Someone recently asked me what I was doing and this was my answer:

"I am working on a weekly supervised learning model for an anti Semitic classifier that will be used in a Kafka data pipeline. "

Here are the very basics of machine learning:

There are a lot of terms that I could throw around - Python, Bert / Alberta / Roberta, TensorFlow, Convolutional Neural Network, Adversarial Neural Network and so on but the essence of machine learning are the bullet points above.

There are two general approaches to labeling data for machine learning, one classical and one new:

With a classical approach, you generate a set of "labeled" data by humans manually labeling a large set of data with yes / no (or something else) options. This is generally measured in the tens of thousands of chunks of labeled data. This is generally expensive and time consuming.

A newer approach falls into the category of Weak Supervision where you leverage a series of what are called labeling functions (lfs for short) along with a new technology called Snorkel. This is termed "weak supervision" because the supervision of the process is just that – weak (less human training).

A labeling function is often nothing more than a regular expression that returns true / false / abstain. The idea of a labeling function is to leverage human expertise that can be easily codified into a rule set. You then run these labeling functions against your dataset and build a matrix of the results. That matrix, along with the data itself allows you to generate a machine learning model which has similar performance characteristics as the classical approach but with a fraction of the amount of training data – think 500 to 1000 labeled chunks of data instead of tens of thousands of chunks.

Here's how this might be implemented in a web based online system which processes data though a model that has users:

My machine learning work is specifically in the arena of identifying / measuring hate speech on public social platforms. When you work in the hate speech arena, a key consideration is counter speech. Counter speech is speech that attempts to address hate speech / fight hate speech. Now the typical mechanism for counter speech is that it often quotes the hateful speech and then attempts to defuse it. Counter speech when processed through a well defined machine learning model tends to not be identified as hateful because the underlying model technology (Bert / Roberta / Albert) understands the linguistic nature of the speech and discount the specific nouns inside it.

Now, given that counter speech tends to use the same words as hate speech, labeling functions that attempt to explain counter speech tend to explain it as hateful (where as the machine learning model tends to identify counter speech as non hateful). The issue here is that regular expressions don't understand the linguistic subtleties that a machine learning model based on bert / roberta / albert does understand. A possible way to address this is to enable the explain function to only operate for things are hateful not things that aren't hateful.