Every so often your boss asks you what you've been working on and if you have been all over a code base it can actually be hard to break it down. The new git recall command actually makes this pretty easy. This is a new Linux tool I just learned about - Docs / Hacker News Discussion.

Install it on Linux as follows:

Install it on OSX as follows:

Note: I know you already have less installed on your system. You need lesskey which git recall relies on but Apple, unhelpfully, did not include.

Once you have lesskey then you need to install git recall itself:

After you change into a directory where you're working on something git, do this:

The initial view shows you your commits in a recent time frame: 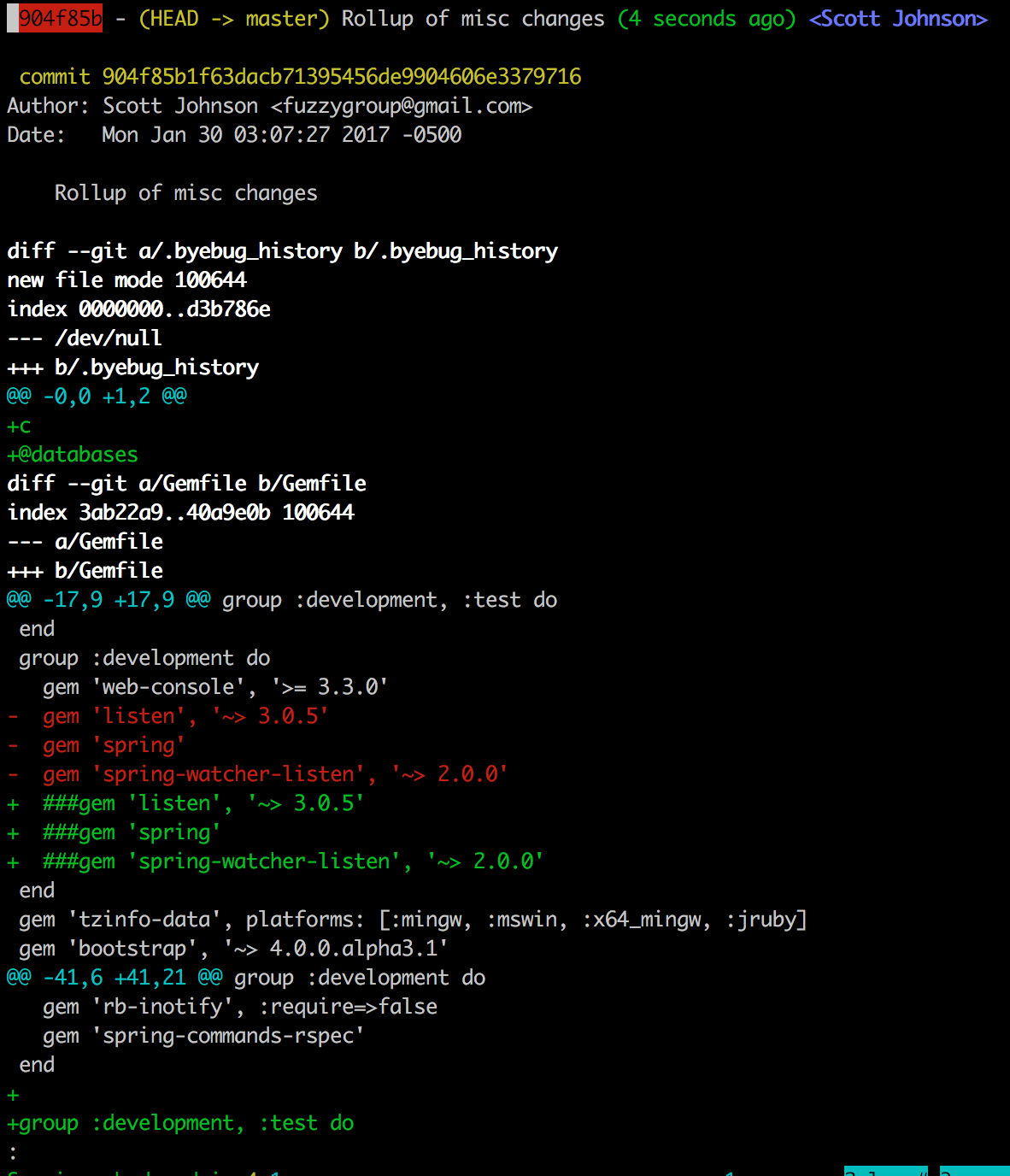