So that data center migration that I mentioned recently has turned into not, well a disaster, but a bit of challenge. The problem at hand was how to get data off three large MySQL databases, about 4 terabytes in size and then capture whatever else was desired and do it all in about 10 days to avoid getting hit with another $5 K data center monthly fee.

Note: If you want a hilarious tale of how this data actually got to the data center in the first place then I highly recommend Anatomy of a Business Trip Gone Horribly Wrong. It was awful at the time but it is funny as hell now. It is also the last time I was in New York, pretty close to where the person who helped me on this actually lives. Small, small world.

All of this data was in Ubuntu virtual machines apparently hosted under Windows Server Hyper-V. Why any hosting company worth their salt would ever opt to run a *nix based operating system under the Windows Hyper-V, well, I don't understand. Sigh. I'll come back to this if I have the mental energy to engage in a rant.

My initial approach was to roll a custom backup solution which took a prioritized list of databases and tables and them dumped the data using mysqldump, split the data with the unix split tool and then gzipped each split file. Finally it uploaded it to S3, deleting its in process work files as it goes. Yes this sounds awfully convoluted but rolling your own means that you actually understand what it is in and isn't doing – something critical when you are know the original hardware is going away forever. And since I didn't have much in the way of free disc space, this could not be done all at once.

Using this approach we transferred over 400 gigs of data to S3. Given that this was gzip compressed data without the MySQL index overhead, which takes up a huge amount of the raw disc space, we got a sizable percentage of the data. And, yes, that's why I blogged about bmon recently – I was monitoring these transfers.

Naturally, by the power of Murphy's Law, I wasn't able to get it all. So this called for mechanism #2 – hard drives. I delivered to the data center several three terabyte drives with instructions to the effect of "Get these mounted and I'll do the rest". My plan was to just use ansible to recursively copy the directory structures onto the hard drives, get the drives back and then go on my merry way. Remember – all I wanted was the data.

Sadly the hosting company was never able to get these hard drives to show up in the Ubuntu virtual machine that is running under the Windows Hyper-V. I don't understand why but since I wasn't physically in the data center, I couldn't do much about it. With time running out the hosting company suggested "Why don't we just copy the virtual machines onto the hard drives and then you can have your exact environment and do what you want".

That sounds great, doesn't it? I mean who wouldn't want their old servers back, right? Well, me actually. Once again, what I wanted was my data. I didn't want the virtual machines but since I have them, here's how I went about using them.

My thanks go out to Nick who walked me thru large parts of this and edited this documentation. I'm a *nix guy who last used Windows XP in 2004. The experience was, well, illuminating to say the least. I'm sure that I will return to this in a future blog post.

Here were the initial steps that I had to follow to get ready to use these virtual machines.

Once I had the hard drives attached, the next step was to actually deal with the virtual machines. Even though I had actual .vhdx virtual machine files, for some bizarre reason, I was unable to use them directly. Instead I had to recreate the virtual machine from scratch, yes, 26 times, and then attach the .vhdx file as a drive. This process was something like this:

Note: I say "something like this" because I'm writing this from memory after a long, long day.

And that's where I stopped. As best I can tell I actually have the data and the virtual machines but I don't know if the data is actually valid. My guess is that verifying this is likely about a full week of repetitive, manual, unscriptable work.

Here are some screenshots I captured along with way. And yes, because I don't have the equivalent of command+shift+4 on OSX, I used my phone. Alas.

Windows Hardware On My Desk

The Error when You Don't have a Virtual Network Adapter 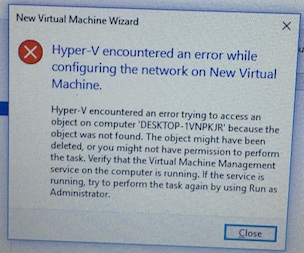 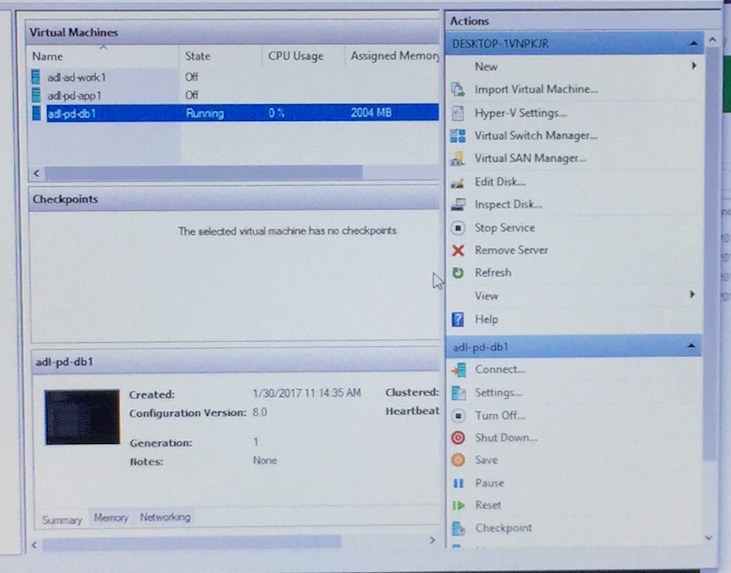 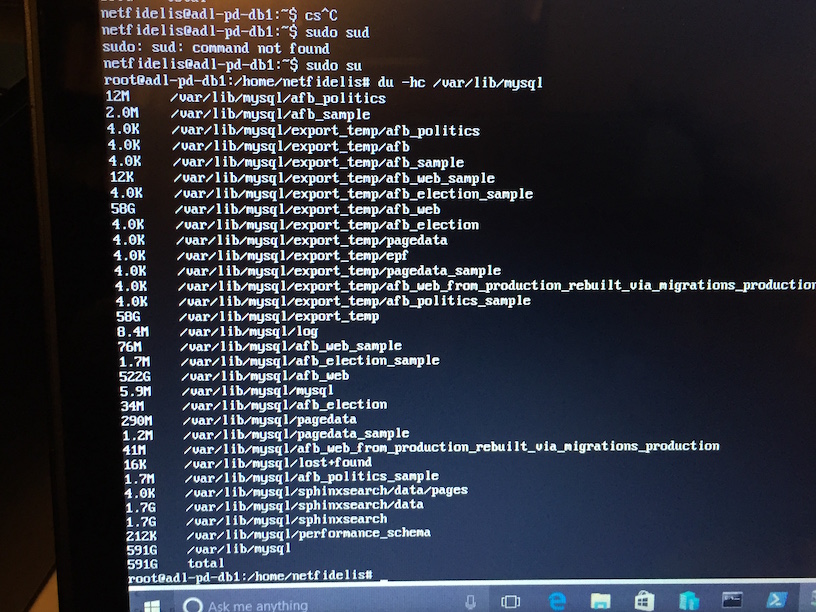